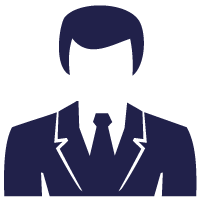 I have always been one of those people who is concerned about making the best of situations around me, but when I started paying more and more attention to politics, I was concerned about what it might mean for my happiness. I was starting to get stressed about everything I saw my local government do, and before I knew it, I was really trying to understand the laws and the issues that surrounded them. This blog is all about understanding local laws and trying to make the world a better place. Check out this blog for more information about government and politics.

During election years, it is common for individual …

Read More
Fight For Justice: How To Help Secure A Presidential Pardon For People Like Lt. Clint Lorance
25 May 2019

If you've been following the news, you know that t …

When you are interested in learning more about gov …

For individuals that have a strong sense of right …

During election years, it is common for individuals to feel strongly about the candidates that they are wanting to see win. Whether it is out of a sense of loyalty to the particular candidate running or simply attempting to support a specific political party, those that are wanting to get involved should avoid being misled by some myths about political activism and donations.

Myth: You Must Invest A Lot Of Time In Supporting Your Candidate

While it is true that a political campaign will require substantial amounts of manpower, many individuals that are wanting to support a candidate will be unable to invest this type of time and energy into volunteering for a political campaign. For these individuals, donating money to the campaign can be among the most effective ways of help to support the election of the candidate. While volunteers are essential for a successful grassroots campaign, every professional campaign will need paid staffers and field organizers to coordinate the volunteers. These costs are in addition to the need to pay for advertisements and other campaign-related media.

Individuals may be discouraged from donating to a candidate due to assuming that their small donation will have little impact on the campaign. However, small donations have revolutionized the fundraising process fo political campaigns. Rather than needing to court large donors, political campaigns can now directly reach out to small donors. The collective might of these small donors can easily compete with or even exceed what candidates may be able to earn from courting larger donors and political action committees. Furthermore, a large number of small donors can be a good indicator of a campaign's strength, which can help the candidate with obtaining endorsements and garnering other types of support from their political party.

Myth: It Is Inconvenient To Donate To a Congressional Candidate

A person that is interested in donating to a particular candidate may assume that actually donating money to the candidate will be difficult. Yet, the internet has revolutionized the fundraising process for candidates at all levels. As a result, campaigns will attempt to make it as easy as possible for individuals to donate. In addition to accepting a variety of payment options, individuals can also utilize automatic billing to regularly donate to their preferred candidates in small amounts. Recurring donations can be extremely important for campaigns as they can be among the most stable forms of fundraising for a political campaign, which can allow the candidate and staff to focus more of their efforts on voter outreach.

Look for ways to donate to a congressional candidate that you want to support.